I’m sure many of you have heard those famous sounds “goo goo ga ga”, the cliché baby talk if you will. Or is it?

Maxton loves to make the “g” sound – in his mind, all words have the letter “g” in them. Okay, I may be exaggerating a little, but he loves “g”. He will often say “gugg-gugg” which seems to be fairly universal at this point. He loves to say the word “again” (he understands the concept of the word) which he says quite well and often; if he likes what you’re doing, prepare to be on repeat-mode for the next 20 minutes.

He also says “truck” which he pronounces “uck”, and sometimes “uckg”, if he’s in the “g” mood. “Up” often sounds like “ugg” – which I hear the most while I am trying to prepare dinner.

Last week I asked him to say “ball” which he repeated back to me as “bogg”. Sure, why not?

Don’t get me wrong, he doesn’t add a “g” to every word he says, but I think if he had his way, a “g” sound would be part of every word.

So maybe “goo goo ga ga” isn’t so cliché, but I always figured it was a difficult sound to make for babies, because you have to use the back of your tongue – I guess not. 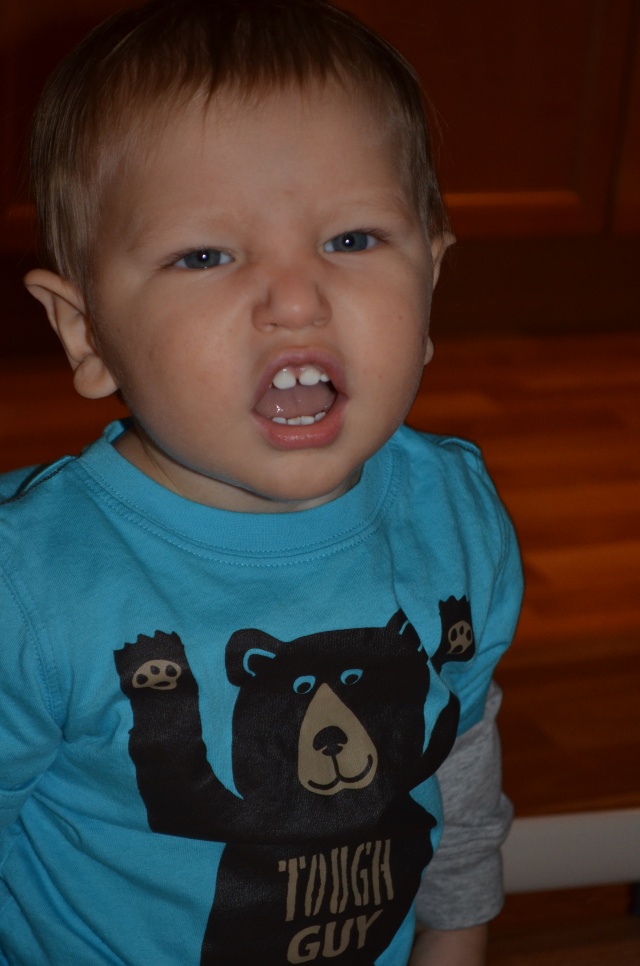 3 thoughts on ““G” is for Everything”